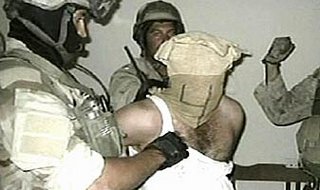 This study had two primary objectives. The first was to examine the predictors of preferential attachment in the war blog network. A multiple regression analysis revealed use of links to blogs and original reporting content as significant predictors of incoming links. Second, the war blogosphere was mapped to reveal two distinct halves, the liberal and the conservative. Measures of network centrality identified key blogs, some of which served as conduits between the two spheres. Other differences between the sides were examined.