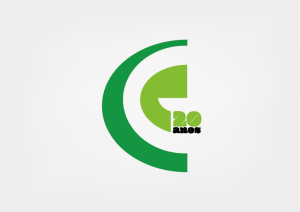 A pioneering organization in Brazil, the Online Journalism Research Group (GJOL) has been engaged in research in the areas of Digital Network Journalism and New Communication Technologies since 1995. In 1997, the GJOL was established as an institutional research group registered in the CNPq Directory and associated with the Graduate Program in Communication and Contemporary Cultures (PósCom) of the School of Communication of the Federal University of Bahia (FACOM | UFBA), as part of the newly created Cyberculture Research Line. Today, it is part of the Communication and Digital Culture Research Line.

Originally created by professors Elias Machado (now at the Federal University of Santa Catarina – UFSC) and Marcos Palacios (Emeritus Coordinator / Senior Consultant), the GJOL currently operates under the coordination of professor Suzana Barbosa (UFBA). The group’s repertoire of research and activities covers topics related to innovations in journalism, studies centered on the subdivision of digital journalism and the intersections with aspects of communication and digital culture.

Thanks to its ongoing projects, training of new researchers and broader scope of activities, the GJOL is now a Research Network, bringing together researchers from various Brazilian universities and in various graduate programs. Since its creation, the work of GJOL researchers has played a decisive role in furthering and consolidating research on digital journalism in the country and in educating top-level researchers.

Note that each person earning a doctoral or master’s degree under the scope of the Group automatically becomes a member of the extensive GJOL Network once they accept a faculty position.

The group’s activities are based on the university’s main pillars (research, education and extension) and have the following goals:

2) Supervised study of the specialized bibliography on digital journalism, and organization of discussion groups, seminars, conventions and conferences;

3) Offering programs on topics related to digital journalism and innovation in journalism for professionals and students;

4) Developing extension projects with the aim of reflecting the research and practice of journalism in digital networks and its implications within contemporary cultural and social contexts.

The results of the GJOL’s studies speak for themselves. This website aims to serve as a repository of the academic production of all researchers associated with the GJOL and as a reference for research in digital network journalism in Brazil.